This is popular with game fishers.

From the anciently used piece of cotton string, fishing lines have evolved to a much fancier version in the present day. Braided lines are still sometimes used in saltwater for big fish, but most anglers use monofilament lines called the new super lines. Monofilament comes in basically two types – a flexible, or limp, line that has some stretch, but seldom recoils or snaps when cast and left on the reel for a long time. The other is more abrasion resistant, less stretch and usually retains some memory and tends to hold a coil when it’s been on the reel for a while, thus increasing the chance of a backlash.

Braided line has a smaller diameter compared to monofilament for the same line size and is generally not taut. It is used for flipping (placing the bait quietly in a given spot using an underhand cast, without disturbing the water, while holding the rod with the other hand)and pitching (putting worms or jigs into cover at close distances using underhand pendulum motion) where high strength and good abrasion resistance is needed.

In case of bream fishing, a light-weight line of 4-8 pounds will suffice whereas with bass fishing, 6-12 pounds (or even 12-24 pounds) is required. Tying a good knot in the line to hold the hook is essential. The basic knots used by anglers are: Clinch, Palomar (simple knot for terminal tackle), Uni (also known as the Hangman’s knot) and Loop (can be easily tied at night with minimum effort).

Reels have come a long way from the old direct drive, sleeve-bearing to the sophisticated ones found in modern times. They come in four basic types, the simplest of them being the closed-face spinning reel, which is operated by a push button and helps protect against getting tangled when you cast the rod. Next comes the open-face spinning reel which helps in casting the line a little further. The size of the reel depends upon the weight of fishing line. Another reel type is the bait-casting reel. These reels have some kind of a braking system, (either magnetic or centrifugal) to help slow the spool and control backlash problems. The more the number of ball or needle bearings in the reel, the more costly it turns out to be. The fourth type of reel is the fly-fishing reel. A fly reel is not cast, and is mainly a place to store the line and keep it free from tangles. Line is pulled from the reel, and the rod is waved overhead to work the line out.

Floats are used by anglers for two distinct purposes – to insert the bait at the surface or a specific depth under the water level, and as a bait indicator showing whether the fish is at the bait or not, allowing the angler to know when to strike and set the hook. They can be used for both fresh-water as well as salt-water experiences. Floats come in a wide shapes and sizes with different levels of buoyancy.

Some commonly used varieties of floats include: bobby cork and casting float (used for casting large baits over greater distance. Provide minimum wind resistance and sits on water with stability. 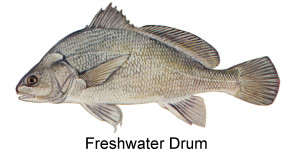 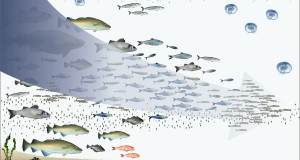 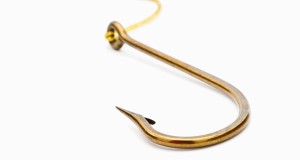